On Bairds Brae there formerly stood a large cinema – a place where people would come and be transported, through film, to numerous other parallel worlds. Traces of this cinema are now almost completely erased and overgrown. Could the site be reimagined as a place where people can find these alternate realities? Could the site be reimagined as connector to a ‘parallel world’? Can we create an intervention that encourages those that encounter it to think about and experience things in different ways? 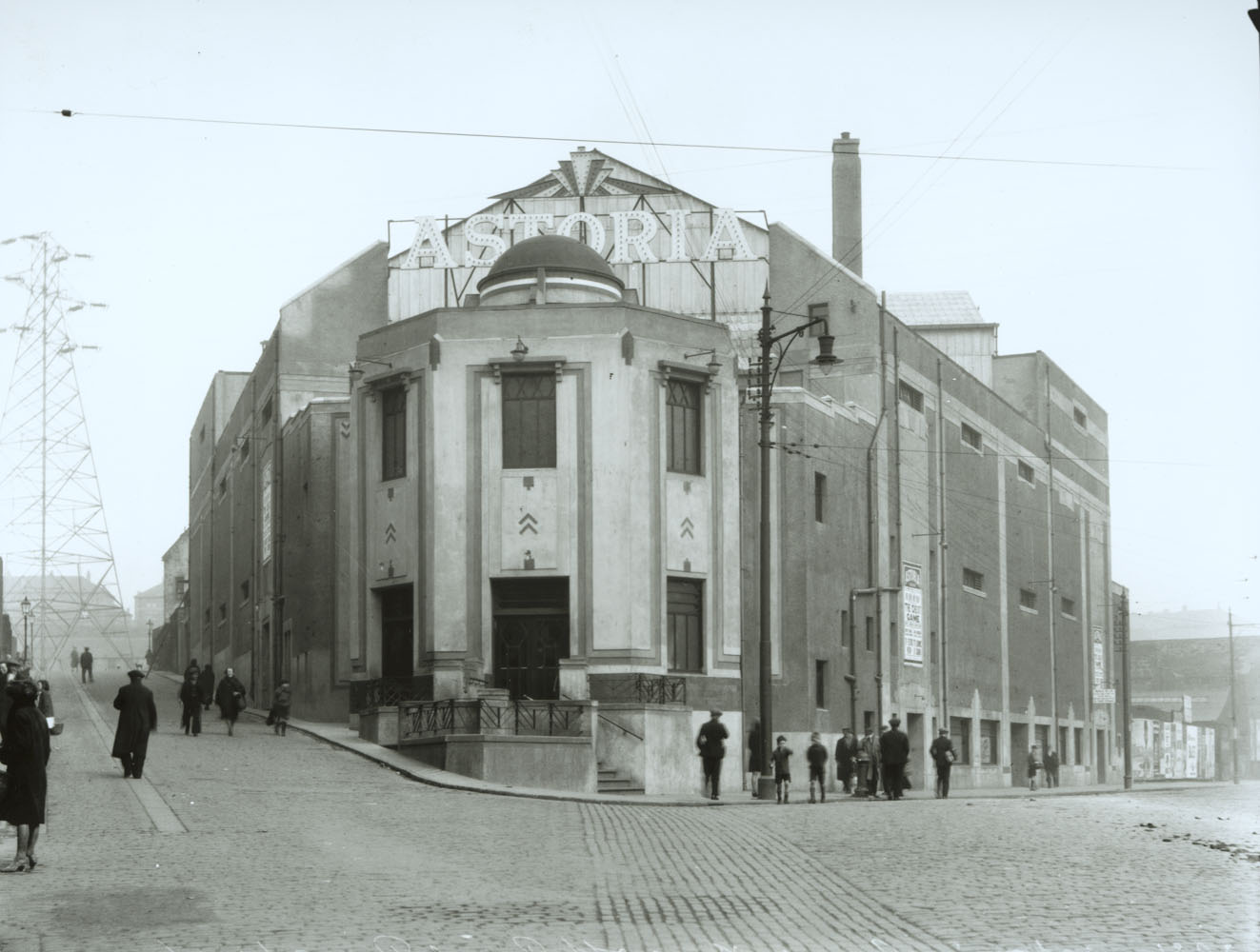 As with any urban environment, there are layers of history about Bairds Brae, which may (or may not) help inform alternative futures. The group aimed to help people construct their own future of the site through providing a series of prompts or suggestive artefacts.

This group produced a series of interventions that played with real and imagined histories of the site; creating objects of various scales and functions to both subvert and continue these narratives. The installations ranged from a memorial bench, signage that introduced and provided access to previously unreachable parts of the site and a huge billboard that presents a visit from Muhammed Ali to a hospital that used to stand opposite our site and a still from the fim ‘Glasgow 1980’ which was produced in 1971 to promote Glasgow’s vision of it future self.

1. Postcard
A universal means of communicating ones experience of a place.

2. Signs
These signs refer to the language used in city signage / maps (‘you are here’) and connected with viewing windows on the outside of the site to create an experience or journey through the site

3. Memorial Bench
These markers led to the ‘Muhammad Ali memorial bench’ – dedicated to his visit to the Oakbank Hospital in 1965, which was opposite the site and is now vacant and hosts a burnt-out building. The bench offers a moment to view the site and consider the civic importance it once had, and what value it could hold in the future. 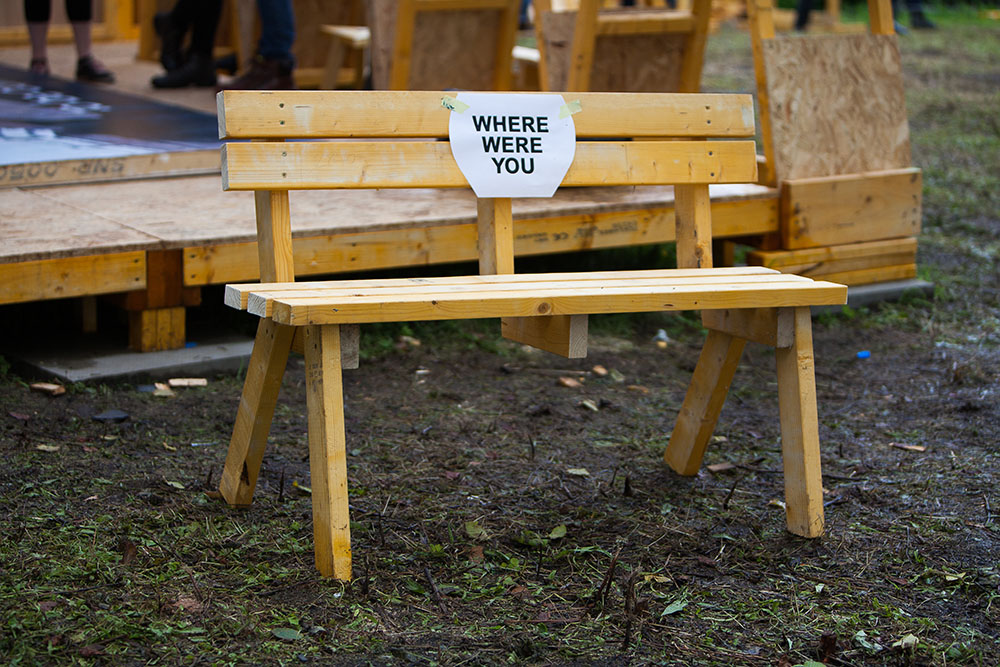 4. Billboard
Like the cinema screen that used to be on site, billboards often communicate alternative worlds. The images chosen refer to Muhammad Ali’s visit to the area (as referenced above) and a still from the film ‘Glasgow 1980’ – a propaganda film made in 1970 that portrayed the optimistic future of Glasgow once the M8 had been fully installed (with increased mobility and transport was going to revolutionise the city) – a hypocrisy that destroyed communities and severed the north of Glasgow from the city. 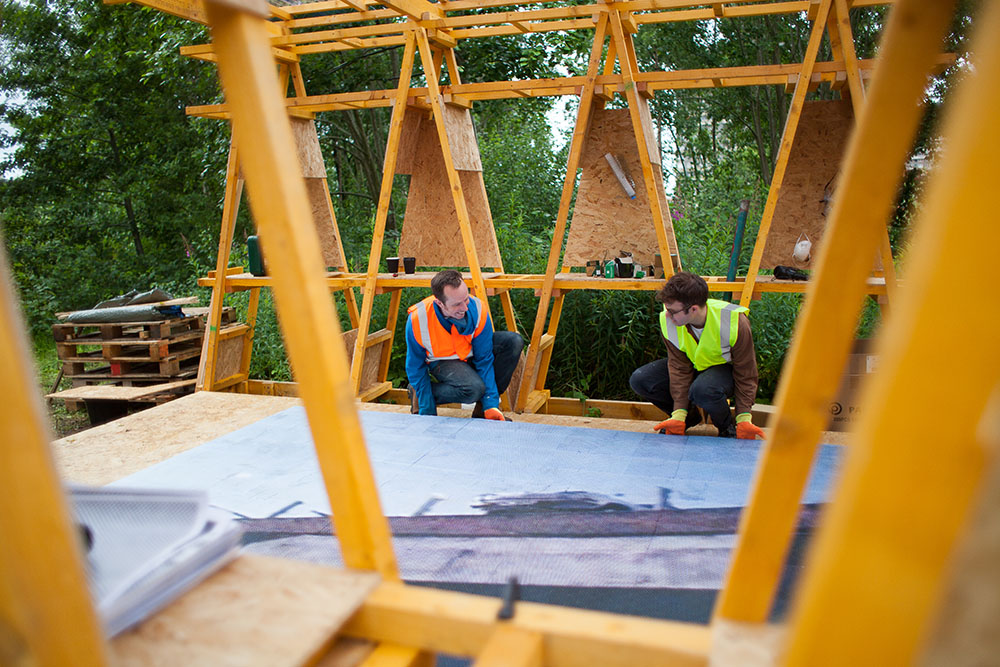 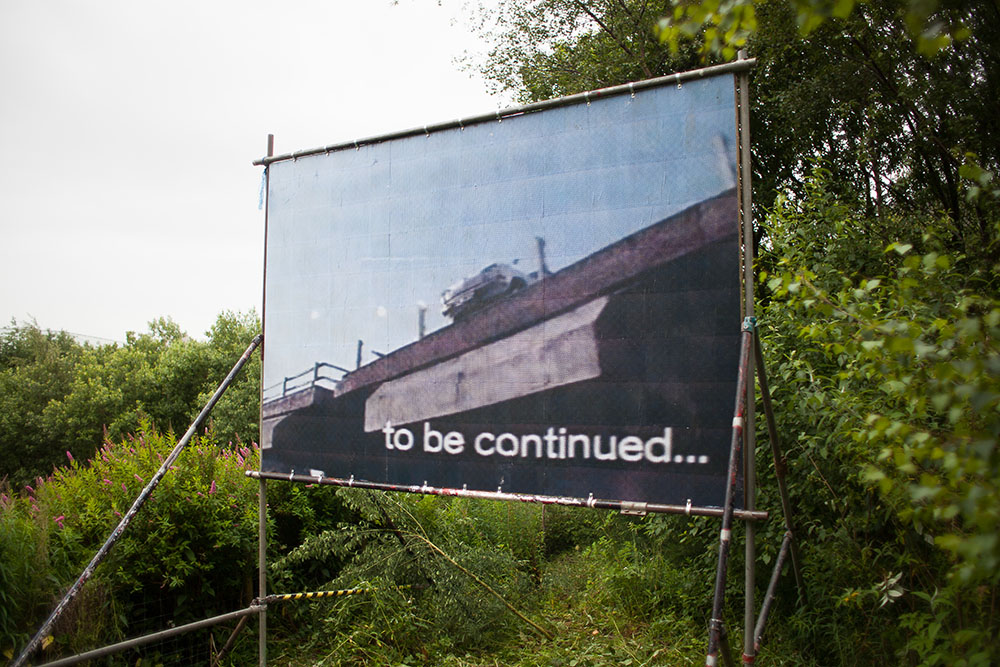