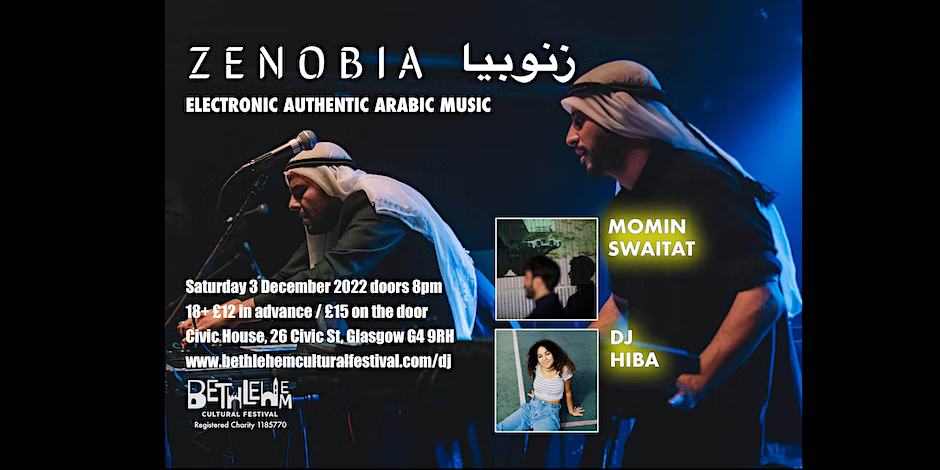 Come along to warm up and dance to the rhythms of up-and-coming DJs and electronic music artists who will be playing different music styles at Glasgow’s Civic House as part of Bethlehem Cultural Festival DJ Night.

Hiba is a Lebanese DJ and selector based in Edinburgh who uses club spaces to platform Southwest Asian and North African artists as a celebration of Arab culture. She holds regular radio slots at EHFM and Radio Flouka to showcase the diversity and dynamism of Arabic music.

Mo’min Swaitat is a London-based artist whose practice spans music, sound, performance, research, curating and film. He trained at the Freedom Theatre (Jenin) and arthaus (formerly LISPA) in London/Berlin, specialising in the Lecoq method of physical theatre.

Zenobia was formed in Haifa and named after the Queen of Palmyra, who lived and ruled the Levant region and Egypt in the third century AD. This duo incorporates Arabic pop melodies of the Levant area, along with popular Syrian and Palestinian Dabke and Egyptian beats and atmosphere.