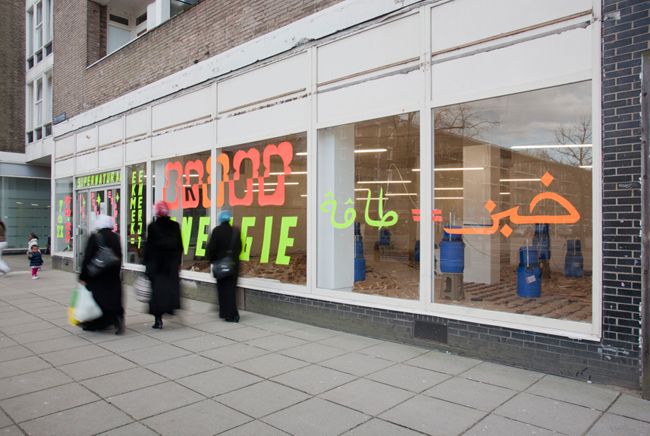 Supernatural is an exhibition and community project developed by Pink Pony Express which worked with a muslim community in Amsterdam to convert leftover bread into cooking gas.

Kolenkit is a majority Muslim district in western Amsterdam with a large amount of waste bread. According to the Koran, bread is not allowed to be thrown away and must be given back the the earth, which has developed a problem with pests. Specialty bins were provided by the municipality to collect and dispose of unwanted bread in a manner that is compatible with Muslim teachings.

Pink Pony Express, a collective of designers and artists based in Amsterdam, began the Supernatural project in 2012, a process that uses the excess bread collected from these bins to create biogas. Data from the project showed that:

Due to the success of the project, Pink Pony were granted  funds to develop a large scale digester, which is now being used permanently as part of an open community kitchen. Opened in March 2014 and now called Gascoland, the kitchen is a showcase for the pioneering techniques used to create the biogas, and a means to give back to the local community. For more information about the processes of the project –cyclifier.org  and insideflows.com